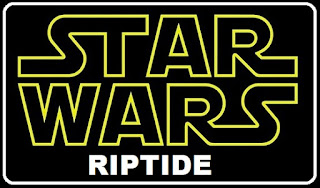 Star Wars: Riptide was a d6 Star Wars RPG campaign following the crew of the Riptide, a submersible starship from the water world known as Auilai.

The crewmembers belonged to a covert rebel cell operating within the Chador sector. They undertook missions for the rebellion and stuck it to the Empire at every opportunity.

The Chador Sector
The action takes place within the Chador sector on the outer rim.

Auilai (Nesia)
A lot of the action will start on the water world known to the natives as Auilai. The world has been occupied by the Empire and its inhabitants forced to mine for ulcault.

The Riptide
The Riptide is a Deep Water-class light freighter of Mon Calamari design. The ship is 45-meters long and is submersible, capable of landing on an ocean and converting into submarine mode.

Episode 0
The Pirates of Prexiar

This week, the rebels are sent on a mission to the jungle planet Prexiar to recover supplies stolen by the notorious space pirate Dangar. There's some infiltration, some fast talking, and a thrilling speeder chase through the jungle!

Episode 1
Escape from Prexiar
The heroes must defeat a band of ship-jackers in order to get to their ship and blast off from Prexiar. Then they must fend off an attack from the starship of the dread space pirate captain Vangar!

Once they return to Auilai, they must smuggle their contraband medicine past the Imperial blockade and sneak home to their secret hideout in the underwater city of the Auilaini.

Episode 2
A Storm is Coming

The crew gets harassed by some of Rakai's thugs while trying to smuggle contraband. Later, Balin studies under his mentor while Evo and Emily arrange a new cargo. The crew take a little detour to Bakki Station on a courier mission for the Shadow and meet Narru the Bloodless, Hutt crime lord of the sector. They finally arrive at their destination and get involved in some local trouble. 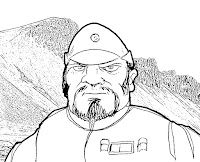 The crew battles their way off of the barbarous planet of Trondar!

The crew travels to Chador, capital of the sector, to drop off a delivery of spice to a seedy distributor. There they encounter a female mon calamari running from some Storm Troopers!

Episode 3 Chapter 3
Commotion at the Comm Tower
The crew save Kara Pacha from some storm troopers then break into an imperial holo-net relay tower in order to gain intel on the transport and incarceration of Doctor Torpas. 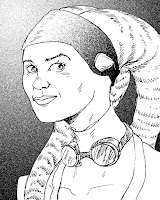 Episode 4 Chapter 2
The Fog of War
The crew of the Riptide, at the behest of
Kara Pacha, has taken on a mission
to rescue the scientist Doctor Topas
from an imperial prison transport.

After securing the services of a twi'lek droid
programmer named Rhys March,
along with her experimental
communications jamming droid Jamm-bot 2.01,
they blast off on an intercept course
with the imperial transport... 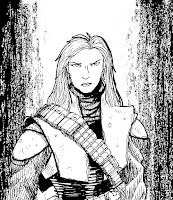 Episode 4, Chapter 3
Boarding Party
The crew of the Riptide, at the behest of
Kara Pacha, has taken on a mission
to rescue the scientist Doctor Topas
from an imperial prison transport.

The crew has intercepted the transport
and have disabled it.
Now they prepare to board
the ship and free the imprisoned
microbiologist...

Episode 5 Chapter 1
Decisions, Decisions
The crew of the Riptide, at the behest of
Kara Pacha, has taken on a mission
to rescue the scientist Doctor Topas
from an imperial prison transport.

After a daring boarding action
to take an Imperial prison transport
the crew has managed to
locate the holding cell of
Doctor Adrap Topas.

Now they face several decisions:
Many options lie before them
and they must decide
what to do next...

Episode 5 Chapter 2
Return to Chador
The crew of the Riptide
has freed Doctor Ardap Topas,
a kaminoan microbiologist
forced by the Empire
to engineer the deadly plague
that was used to oppress the natives of Auilai.

After stopping at Bakki Station
to make repairs and upgrade their ship
the crew races back to Chador
to recover Doctor Topas' assistant,
the mon calamari Kara Pacha,
and retrieve the cure the doctor
plans to use to undo
the damage he has caused... 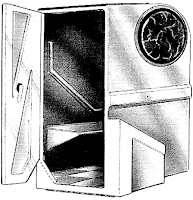 Episode 6 Chapter 1
Flashback
The crew remembers how they spent their flight to Bakki station. 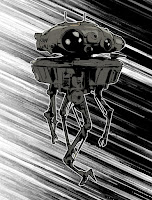 Episode 6 Chapter 2
A Minor Complication
Having recently failed
to rescue Doctor Topas'
assistant, Kara Pacha,
the crew attempts to escape
from her mysterious murderer
in a stolen air-speeder...

Episode 6 Chapter 3
A Thrilling Escape!
An amazing finish to last week's session. Fast talk, complications, and a thrilling chase through the Crystal Mountains!﻿ 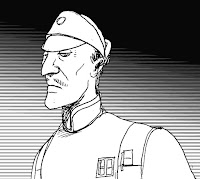 Episode 7 Chapter 1
Return to Auilai
Part 1 of the thrilling finale of Star Wars: Riptide, sees the crew boarded and searched as they try to smuggle Doctor Topas onto the planet Auilai.﻿ 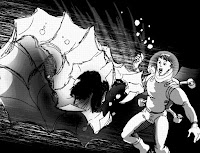 Episode 7 Chapter 2
Homecoming
A humorous homecoming, a padawn's dangerous trial, and a touching reunion - Part 2 of the 3-part conclusion of Star Wars: Riptide 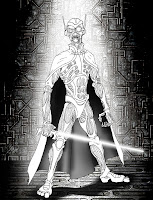 Episode 7 Chapter 3
Finale
The final chapter in Star Wars: Riptide includes a daring raid on a secret volcano base, bionic sharks with laser eyes, and a lightsaber showdown with a villainous cyborg inquisitor.﻿