Escape from the Hollow Earth was a campaign for the Hollow Earth Expeditions RPG that told the story of the Hyperion Society as they became trapped in a strange interior world of dinosaurs, nazis, sorcerers, and alien gods. 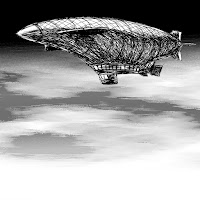 Chapter 1 - "Flight of the Icarus"
The adventurers of the Hyperion Society race Nazis to find a mysterious lost island at the top of the world, only to discover a strange new land of jungles and dinosaurs! 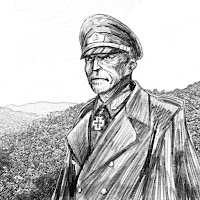 Chapter 3 - "The Temple in the Lake"
The expedition must survive deadly dinosaur attacks in order to explore an ancient Atlantean temple at the base of a jungle waterfall. 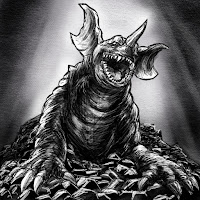 Chapter 4 - "The Library of Skulls"
The Hyperion Society expedition must defeat the monster Barugon as they explore flooded crypts and make contact with ancient civilizations using telepathic crystal skulls in the latest thrilling chapter of Escape from the Hollow Earth! 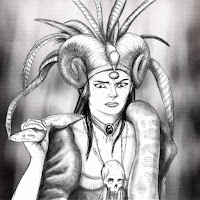 Chapter 5 - "The Fate of Atlantis"
The heroes are captured by Atlantean slavers and must survive the gladiatorial arena in order to escape!

Chapter 6 - "The Vault of the Iron Guardians"
The exciting final chapter of this series! Will the heroes escape the Inner World? Will they defeat the evil Doctor Vortex?